Online orders are processed without restrictions! You can pay online and pick up the goods in stores! 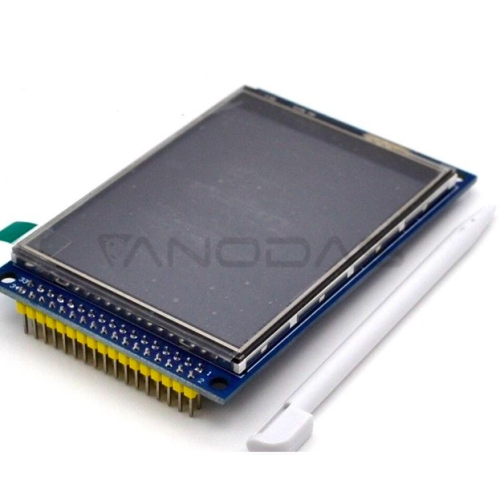 Add to Wish List
Description
Touch screens are now found everywhere, from phones to public transportation, so why not install such a screen in your desired project? This 82mm touchscreen TFT LCD screen shield is a great choice for the Intel Atom microcontroller projects: its size is large enough for a complex menu, but it will even fit on a robot toy. Everything is already assembled, so no soldering will be needed, just connect it to the microcontroller.
The contacts of the module are gold plated, which ensures good electrical conductivity. The screen has a backlight, many colors and a higher than usual screen resolution. The module already has built-in RAM memory, so the microcontroller needs much less processing power.
In the set:
Features:
Links and applications:
Related Products