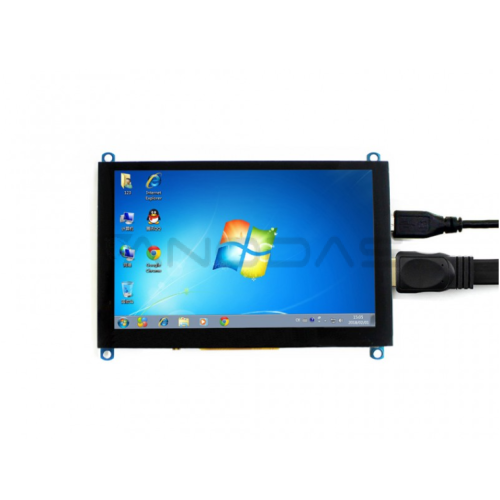 Capacitive touch control 5" display for the Raspberry Pi with a resolution of 800 x 480 px. Works with Raspberry Pi version 3, 2, B+, Zero, and Zero In via the HDMI connector and microUSB - all necessary hardware is included in the package. The board also has a connector mini-Jack. The device also works with Banana Pi and Beagle Bone Black and all other devices with HDMI interface, such as game consoles, desktop computers etc.