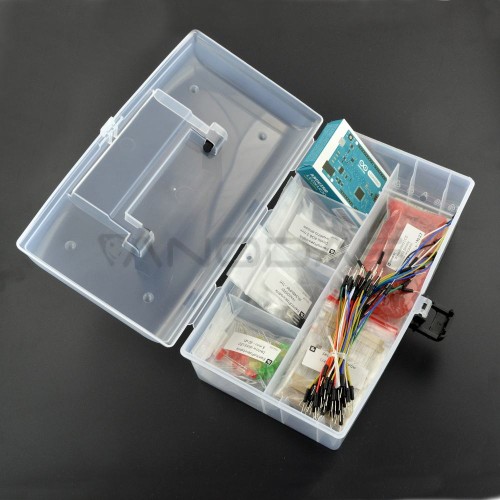 The kit includes the basic board Arduino Leonardo along with a set of elements introducing to the world of programmable electronic systems. Simple language and a friendly environment of Arduino, allow to create programs even for novice users.